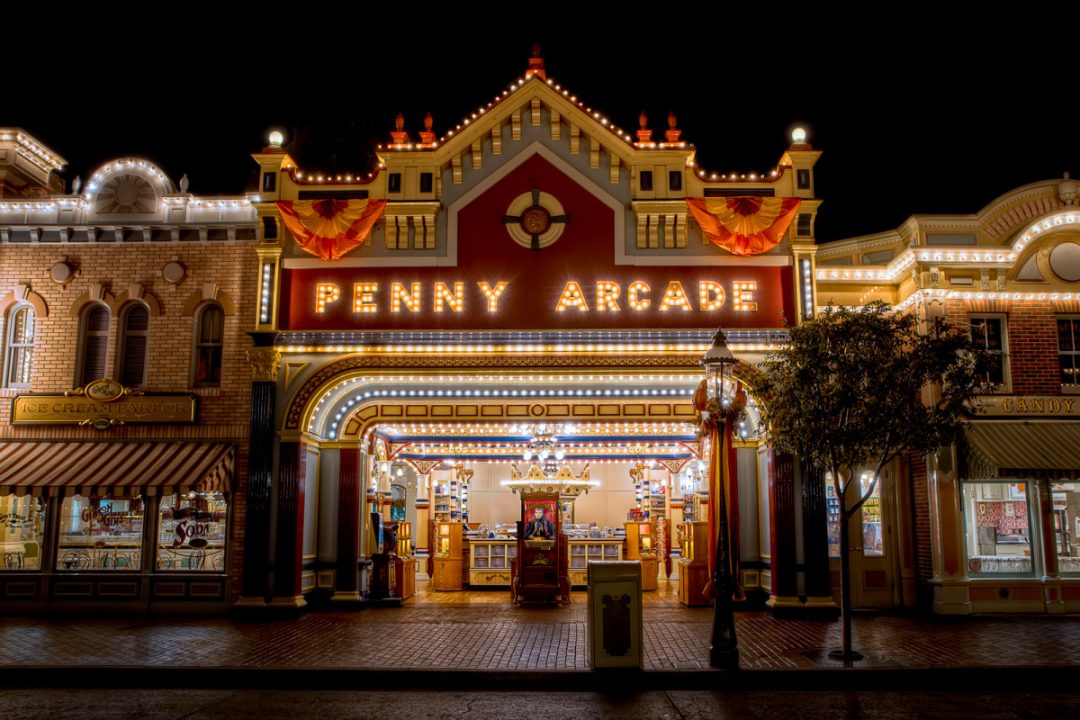 An exterior view of the Penny Arcade, all light up on Main Street USA. Image source: Justin Brown Licensed by CC BY-NC-SA 2.0
Listen to full episode

In the last few decades, eSports has grown into a billion dollar industry. Top professional players rake in millions from competing in games like League of Legends, Overwatch, and Rocket League. Earlier this year, Old Dominion University opened a new state of the art eSports arena. Producer Matt Darroch checked out the new arena as students were trying out for ODU’s eSports team.

For decades, video games have inspired hit songs and have been adapted into countless movies. Boris Willis says the next horizon for video games is the stage. He uses cutting-edge video game technology to turn his performances into interactive experiences.

Arcades defined pop culture in the 1980’s and 90’s. But today, they’re almost extinct. Zach Whalen charts the rise and fall of one of America’s most nostalgic institutions: the arcade.

In 2014, Anita Sarkesian posted a series of videos criticizing sexist tropes in video games. The onslaught of harassment directed towards Sarkesian and other women in the gaming community is known as the Gamergate scandal. Bruce Williams says we’re still dealing with the social and political fallout from Gamergate today.

Over the years, politicians and pundits have been quick to blame violent video games for mass shootings. But Jimmy Ivory says there’s no evidence to suggest video games lead to violent behavior.