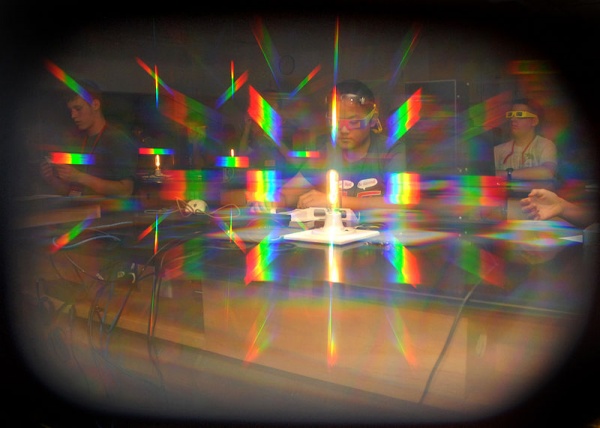 American teens spend approximately two million minutes in high school.  With Good Reason talks with Bob Compton about how kids in America, China, and India are using those two million minutes. And: There’s a difference between hands-on science that asks kids to make models out of Jell-O and hands-on science that puts kids in front of microscopes. Molli Logerwell (George Mason University) is part of an initiative called VISTA that’s helping teachers understand how to get kids involved while staying serious about science. Plus: Science education doesn’t stop after schooling is finished. Michelle Prysby (University of Virginia) created a “science café” where community members can eat, drink, and talk about science.

Later in the show: The ink’s been dry for 160 million years—but scientists have now confirmed pigment in two fossilized ink sacs from squid-like animals. John Simon (University of Virginia) examined the Jurassic ink sac from the floor of a long-gone sea in the United Kingdom. Also featured: The benefits of taking Fido to work may not be far-fetched. In a new study, Sandra Barker (Virginia Commonwealth University) found that dogs make a positive difference in the workplace by reducing stress and making the job more satisfying for other employees.

Beyond the Books – web extra

What are the skills of innovators?
The new book “Creating Innovators: The Making of Young People Who Will Change the World” explores what parents, teachers, and employers must do to develop the capacities of young people to become innovators.

There’s a national conversation about promoting STEM education for students, but what about science after graduation?  Allison Quantz has the story of how the University of Virginia is using food and drinks to bring science to the community.